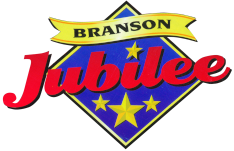 Now available for the first time EVER!

Licensing & Distribution options for the show that brings true family entertainment back to television.

Deb Entertainment is proud to be releasing “Branson Jubilee” for the very first time to distributors! BRANSON JUBILEE SPECIAL Television Series, a multi-award-winning-Television series featuring a plethora of international Superstars performing. Branson Jubilee has garnered multiple awards, including the Telly Awards and the coveted AURORA AWARD for the Production of Videography, Choreography, and rated as the BEST NEW SHOW!

This award-winning series was aired on Public Television and considered one of the top shows for over three years. Airing in 3 different countries, the US, Southern Canada, and Northern Mexico, and over 106 television markets.

Hosted by legendary performer Jimmy Osmond of the Grammy—Winning Osmond family, the BRANSON JUBILEE is now available for the international markets public television is being made available to commercial television audiences for the first time.

This fast-paced musical variety show with a complete variety of Musical Superstars such as Glen Campbell, Lee Greenwood, Mickey Gilley, Restless Heart, Andy Williams, Debbie Boone, and many more. The Music is the top musicians in the USA. that is appropriate for the entire family to watch!

“Branson jubilee has a universal appeal to audiences of all ages, covering the most popular genres from the 1960’s 70’s and 80’s – from Country to Pop to Rock n’ Roll.”

Some of the Top Entertainers performing

One of a Kind
PERFORMANCES

Executive Producer/ Owner of BRANSON JUBILEE, a PBS musical variety show Hosted by the multi-talented talented Jimmy Osmond, featuring a star-studded cast of legendary and memorable entertainment greats. BRANSON JUBILEE which is filmed in and around Branson, Missouri, known as “The Entertainment Capital of the Midwest” features world-class favorites such as; Glen Campbell, Crystal Gayle, Tony Orlando, Chely Wright, The Osmond Brothers, Bill Medley, John Schneider (DUKES OF HAZZARD), Mickey Gilley to name a few…With over 800 hours of classic footage and numerous celebrities, this Special and Series is a collective time-capsule of genius performers that will never happen again!

BRANSON JUBILEE SPECIAL AND SERIES was considered one of the top PBS shows for over three years…in over 106 television markets in the US, Southern Canada andNorthern Mexico. BRANSON JUBILEE is now going from public television to commercial television, a fast paced musical variety show for the entire family to watch!

Click or tap the above link to schedule a meeting with Debra Lowther about distribution rights and licensing of “Branson Jubilee”.
You will receive. an email validation and Debra will call to confirm your scheduled appointment.